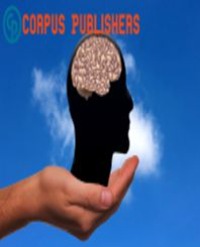 Eating is one of the basic need for human beings to survive, however to survive is not the only reason pushes us to eat. Even the times when we do not feel physically hungry, we might find ourselves eating a huge box of chocolate, lots of junk food or eating more than the amount we need after a stressful day or the times you feel sad. Emotions and eating behavior are in a two-way relationship that affects each other. Such kind of behavior is called “Emotional Eating Disorder”. In modern times, emotional eating disorder, which can be defined as “the propensity to eat in response to positive and negative emotions” (Turton, Chami & Treasure, 2017) [1] became widespread all around the world. If the individual starts to see foods as a way of expressing their emotions, emotional eating disorder might become a cause for obesity. The purpose of the study is demonstrating the positive correlation between obesity and emotional eating disorder which might path the way for more healthy future without obesity and eating disorders. Because clarifying the emotional causes behind the behavior will help resolve the problem