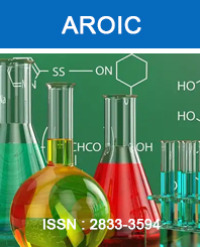 Bio-Active Principles from the Animal and Plant Kingdom: A Review

Natural products have raised an increasing interest in these recent years although they have been used in popular medicine for decades if not for centuries. Their easy accessibility in rural areas of dis-advantaged countries, their facility of usage and user compliance as well as their low (if any) cost make them ideal medications in emerging countries. However, it should be borne in mind that a vast majority of synthetic drugs, are of natural origin. Two examples for all: acetyl salicylic acid (Aspirin) and taxol (Paclitaxel). The first is used as an all-round medicament (anti-pyretic, pain reliever, anticoagulant); while the second is administered in cancer chemotherapy. One of the major drawbacks with natural products is that often they are constituted by not well-characterized mixtures containing sometimes hundreds of different molecules; therefore, the bioactive principle is present in a rather low concentration. This implies that they must be used long periods (sometimes life-long). The lack of an accurate biomolecular/biochemical evaluation also makes their use very empirical and at times controversial. In any case, in specific contexts natural products remain the best re-source for relief and healing of many ailments. We provide here an overview of several natural products: some of them already present of the market with various trade names, other ones used only locally by indigenous populations. Due to very large number of available natural substances, in addition to the best-known ones, we highlight also uncommon remediation principles. The potential delivery of these substances via nanoparticles is also discussed.