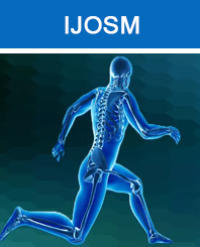 This study aimed to identify the effects of applying a multivariate training program for low and moderate loads with a reduced volume on physical fitness and throw ability in basketball in an elementary school context. Thirty-two students participated in the study. A training program composed of countermovement jumps, 20m sprints, throws with a basketball ball, chest passes with a basketball ball, and aerobic running was applied for 6 weeks during the physical education class. The students were assessed before and after the training program. The applied tests were stationary two-point shooting test, dynamic 60-second two-point shooting test, shuttle test, sprint, push-ups, and vertical impulse test. A comparison between the pre- and post-training tests was evaluated using standardized mean differences calculated with combined variance and respective 90% confidence intervals. The limits for the statistics were 0.2 (trivial), 0.6 (small), 1.2 (moderate), 2.0 (large), and >2.0 (very large). The results showed positive changes in all tests performed except for throwing ability, for which no significant differences were found between the two analyzed moments. These results demonstrate that the application of a multivariate training program induces improvements in physical fitness but not in throw ability.