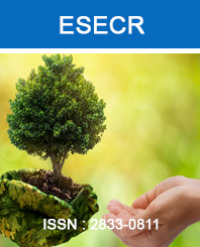 Tolerance to Human Presence, a Comparison between Rural and Urban Birds in Southeastern Brazil

Green urban areas such as parks, squares, gardens, and forest fragments present a large diversity of uses and conservation objectives. These spaces provide resources for many species of birds that are confronted with the necessity of living in proximity to humans. It is assumed that bird species that acquire resources in urban environments live in a constant state of fear to guarantee survival and reproduction. In this context, the objective of this study was to evaluate the tolerance of birds with respect to human presence in two distinct conditions, rural areas (low level of human presence) and urban areas (high level of human presence). The fieldwork was conducted in a city in the Southeast region of Brazil, and the methodology used the alert distance and flight initiation measurements based on the approach of an observer to the individual bird being focused. Our results suggest that individuals observed in urban areas rely on shorter alert and escape distances, especially males, adults, and birds that forage in interspecific flocks. We discuss the challenges and strategies with respect to escape characteristics of urban birds, with special focus on the economic escape theory. In general, our results support those from studies conducted in other urban areas in different biogeographic regions, and they will aid in comprehending the impacts caused by the increase in urban areas around the world.