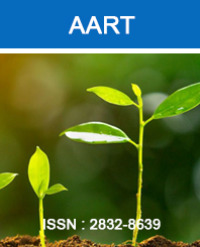 The purpose of this paper is to provide a brief expose of the imminent massive transition of agriculture in the USA to the Great Lakes region. This vignette uses empirical data on water stress, mapped using Geographic Information Systems (GIS), and discusses the status quo of high volumes of water-intensive crops being grown in water-stressed regions of the USA. It posits that the current unsustainable practices, exacerbated by the increasing frequency and severity of droughts, will result in a massive transition of agriculture to the Great Lakes. This imminent transition is surprisingly unsuspected in the Great Lakes region: it is noticeably absent from future planning, absent from risk and resilience planning, and the region does not have sufficient policies in place to manage this influx; including the intense increase in demand for chemical pesticides and fertilizers, and the increase of pressures on its vast but fragile freshwater resources. A continental-scale shift in agriculture is coming to the unsuspecting Laurentian Great Lakes. As water scarcity and water consumption increase diametrically, and droughts increase in frequency and severity, significant segments of the USA agricultural production system are no longer sustainable or viable. For example, “500-year” droughts are occurring on average every four-five years, and the most recent “500-year” droughts were in California and Texas, two of the USA’s largest food producers. The USA is now facing a “1200-year” megadrought, which many hydrologists and climatologists indicate could subject the entire American West to extreme drought conditions across 70% of its land; and it could last at that level of severity for 20 years [1].