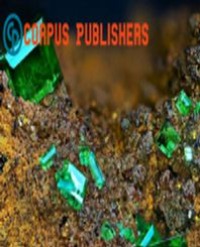 Metal forming is a pivotal teaching subject owing to its extensive use in automotive, aviation, energy, military, and other metal industries. An effective educational method for studying key principles in metal forming theory is hands-on learning rather than traditional classroom teaching. At Ben-Gurion University, a unique laboratory was established to promote the teaching of a metal forming curriculum. In this laboratory, metal forming processes were illustrated and practiced using Plasticine as a metal substance formed by “3D printed”, additive manufactured (AM) nylon tools. Vaseline was the prime lubricant used to demonstrate the influence of friction on metalwork. Metal forming operation forces were directly measured using a weight scale. The strain distribution of different forming processes was evaluated by measuring the change in the thickness of colored Plasticine layers across the workpiece in comparison to numerical simulation results. Students discovered correlations between the calculated forces according to classic empirical equations and the actual measurements that evidenced the influence of friction. It was found that students who participated in “metal” forming in the laboratory using Plasticine not only had a more comprehensive understanding of metal forming processes, but they also had more confidence in the theory as it was learned in class